I love this calligraphy birthday card tutorial because it requires very few supplies. You can make it with black cardstock and white ink — as I’ve done here — or you can switch it up with a lighter paper and a dark ink! No matter what color scheme you choose, the swirls and stars are key. The more you include, the more festive your card will be! Here are the steps for making it:
END_OF_DOCUMENT_TOKEN_TO_BE_REPLACED

Most calligraphers have multiple calligraphy styles that they use to write. The styles are generally original, and each style has its own set of rules set forth by its inventor. To date, I have developed six modern calligraphy styles for The Postman’s Knock. Every one of those styles is available to learn with a detailed printable worksheet. In this article, we’ll talk about what makes each style special and cover a few FAQs.
END_OF_DOCUMENT_TOKEN_TO_BE_REPLACED

The Brause EF66 nib is known for its ability to transition from delicate upstrokes to thick downstrokes. Its considerable flexibility makes those transitions easy and enjoyable! But — and this is a big “but” — the nib has a learning curve that can be a source of frustration for those who are new to it. In today’s article, we’ll talk about six ways to troubleshoot the Brause EF66 nib if it’s just not working for you.

END_OF_DOCUMENT_TOKEN_TO_BE_REPLACED

When I first developed an interest in calligraphy, I looked at a lot of calligraphy photos online. Those photos featured a recurring theme: a strange-looking pen with a “thing” sticking out of its side. After some Googling, I found out that the “thing” is called a “flange”, and the pen is called an “oblique calligraphy pen”.
END_OF_DOCUMENT_TOKEN_TO_BE_REPLACED

END_OF_DOCUMENT_TOKEN_TO_BE_REPLACED

A calligraphy happy birthday envelope builds anticipation for the card inside! Today, I’ll walk you through how to write a simple and pretty greeting that features white calligraphy with gold accents.

END_OF_DOCUMENT_TOKEN_TO_BE_REPLACED 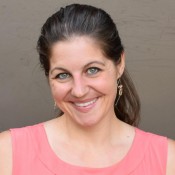